What a great weekend this was! If you had a chance to listen to the American Music Experience, we hope you agree. We had a chance to play some great American music and interview Phillip Proctor of Firesign Theatre. Phil talks about his life growing up and his early days with Firesign Theatre. Of course we asked him to name five of his favorite songs which run the gamut from Jimmie Dale Gilmore to Randy Newman to Crosby, Stills, Nash, and Young.

Next week’s show promises to be entertaining too, with the likes of Ray Charles, Johnny Paycheck and Sammy Hagar. That’s just the tip of the iceberg; Brent interviews John Lewis, former owner of radio station WINC, whose father, Richard Field Lewis Jr, built both WINC AM and FM and WAMM!

Our mission, of course, is to play great American music regardless of genre with special focus and spotlight on entertainers from the Shenandoah Valley, the DMV, and beyond. If you missed the show this past weekend you can go to the archive site for the American Music Experience located online at castlemanmedia.com/ame/ .

Please leave a comment below if you have any observations or suggestions and thanks for listening to the AME on WAMM! 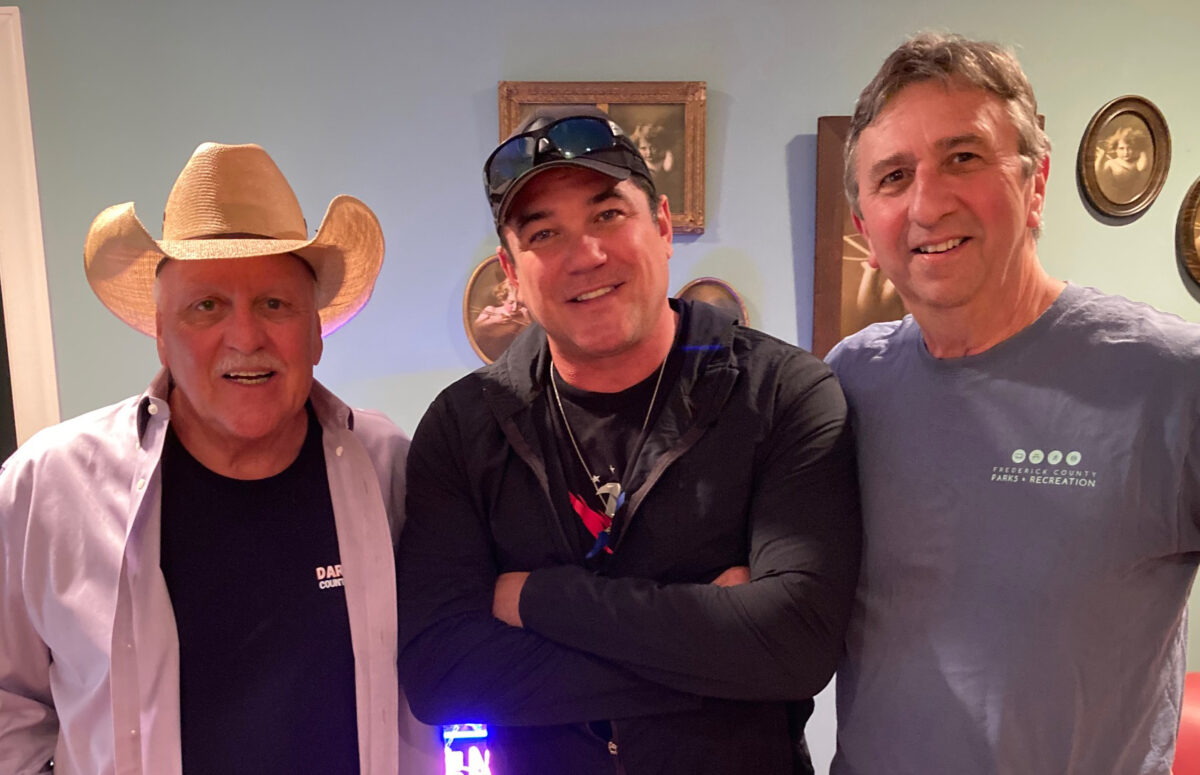 Join Brent and Greg this Saturday, April 30, 2022 at 10am on WAMM for the American Music Experience when, once again, they’ll be playing great American music, regardless of genre, and interview Dean Cain.

Dean is an actor, producer, television presenter, and former professional football player. He is best known for playing the role of Clark Kent / Superman in the TV series Lois & Clark: The New Adventures of Superman.

If you miss the show on Saturday, you can hear it on Sunday at 10am or go to the archive site for the American Music Experience located at castlemanmedia.com/ame/ .

WAMM Radio’s focus on unique music and local artists continues with the new radio show, The American Music Experience. So, join northern Shenandoah Valley broadcast veterans Brent Woodall and Greg Price and listen in every Saturday and Sunday morning at 10.

What Inspires the AME?

WAMM’s music defies description. But it is classified by those who try as a mix of roots rock, alt country, blues and bluegrass among others. The overarching genre is often referred to as Americana. This music is organically created and easily replicated in a live setting. It is music uniquely created and inspired by American influences. To that end, hosts Brent and Greg focus on that vast history of Americana musical influences.

Who Makes the AME?

Brent Woodall’s long history in the music industry dates back to 1970. That year, Charlie Daniels produced Brent’s music at RCA studios in Nashville. Later, Brent founded Cherry Smash and co-founded River’s Edge. He has opened for Hall and Oates, Aerosmith, Dire Straits and the Beach Boys, among others.

Greg Price’s career in radio started as a teenager doing bits on WIBG in Philadelphia for the John Records Landecker Show. He has worked as a DJ and program director in Philadelphia, Milwaukee, Maine, New Hampshire, and Rhode Island. Greg and his wife moved to the Shenandoah Valley in 2011.

What is the AME?

The American Music Experience includes a unique mix of music, curated by the hosts themselves. In addition, the show features exclusive interviews with Valley musicians. Another popular element asks area influencers about how music impacts their lives. Recently, the guys interviewed Frederick County Sherrif Lenny Millholland. Listen to an excerpt here:

So don’t miss out! Instead, set your phone to tune in to the Valley’s newest local program. Be sure to listen every Saturday and Sunday at 10a on WAMM. Then use the comments section to tell us how they are doing. Tell us what you want to hear on AME.

Sierra Ferrell, writer, singer and player of many instruments talks about her debut album and what influences her unique sound.

Sierra Ferrell grew up in small town West Virginia, moving with her mom around the state as a child. Then she “got into a dark place in West Virginia and I needed to get out.” So, Ferrell left the state and hit the road as an adult in her early 20s. As a result, she found her way and her unique voice living out of a van while gigging across the country. Joining her was a troupe of roving musicians, playing truck stops to alleyways. They are even known to play in freight-train boxcars speeding down the railroad tracks.

The chops earned busking around the country taught Sierra the techniques and playing style featured in her new album. Drawing from that, she recorded her first album guided by her self-described “country heart but a jazz mind.” And this year’s release, Long Time Coming, highlights Ferrell’s multiple talents. On it, she displays prowess as a writer, singer and player of the band saw, toy piano and guitar.

Now, Ferrell is touring the country, fresh off a stop and impressive performance in Winchester at the Bright Box Theater. Before that show, Sierra Ferrell joined Double J on WAMM to discuss the new album. Highlights include her early experiences busking, touring during COVID times and working with talented musicians such as Billy Strings and Sarah Jarosz.

Sierra Ferrell’s next appearance in the area is December 6 in Washington, DC at Union Stage. Get your tickets here.

We rotate seven songs from Sierra’s debut album on WAMM – what is your favorite?